Do we need T&M Equipment for RF Testing?

Test and Measurement popularly called T&M which form the core of RF testing is perhaps a very vital aspect in amateur radio, as well as in all other disciplines of science and technology. Quantitative evaluation, profiling, characterization, and parametrization of scientific phenomena and engineering system attributes is the single most important aspect. Without T&M, science, and technology would be crippled. Electronic T&M has rapidly proliferated into all disciplines by replacing other non-electronic methods.

The latest developments in electronic transducers and sensors coupled with advancement in modern Digital Signal Processing (DSP) and Micro-controller technologies have made RF testing of radio rigs feasible. I have spent a good part of my professional career designing and developing all kinds of professional T&M products and could go on and on. However, what is important for amateur radio operators is RF Testing and Measurement in context to radio communication. We will focus on that. 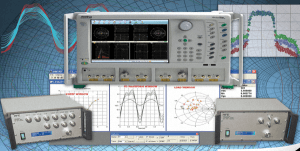 RF Testing and Measurement fundamentally require an understanding of basic principles of electrical networks, their analysis and design concepts. This would minimally include Ohm’s law, Thevenin’s and Norton’s theorems, Maximum Power transfer theorem, RLC series and parallel networks, Resonance, properties of active and passive components, etc. Component parameter are as important as circuits and networks. Normally T&M would entail a Two Port Network scenario. On one end (input port) of the network/device under test (DUT) will be a signal source like a signal generator, while at the output port there would be a measuring instrument. Depending on the test objective, it could either be a steady-state measurement or a transient analysis. Most measurements can be done in either time-domain or frequency domain… Read More. 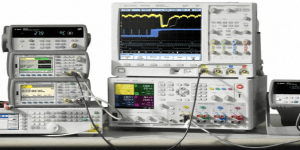 Electronic RF testing and measurement procedure may be either limited to qualitative testing of performance of the equipment under test or may require thorough quantitative measurement of characteristics and parameters which define equipment performance. In either case, a set of well calibrated test and measuring equipment is required. As mentioned above the equipment under test is like a black-box. It could be treated as a 2-port, 3-pot or a multi-port network depending on the nature of the equipment. Invariably, at-least one port requires a signal source as input while other ports would be outputs where measurements would be made. Hence a T&M work-bench would invariably have one or more signal source like a AF/RF signal generator, Function generator, Pulse generator, etc. The output measurement ports would typically be connected to either an Oscilloscope, Spectrum analyzer, Frequency counter, Network analyzer (SNA and VNA), etc. The objective of T&M is to verify and validate the published specification parameters of the equipment. Other than this, T&M is imperative for the purpose of trouble-shooting, tuning, alignment and optimizing equipment performance and characteristics. Test instruments are also used in real real-time during the course of a radio station operation. For instance, measurement and visualization of TX modulation, VSWR, TX power, etc are typical real-time T&M applications… Read More. 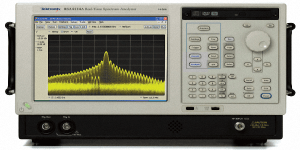 Modern radio communication equipment have evolved in complexity over the decades and consequently the technical specifications of these equipment have also become more stringent. It, therefore, requires a much higher degree of accuracy, sensitivity, and precision to make meaningful measurements in comparison to the rigs of yesteryear. Modern test equipment has also become more complex. There are hundreds of parameters that need to be measured and meaningful inference has to be drawn from them. When we refer to radio test parameters we do not necessarily restrict ourselves to the performance of the receiver, transmitter or transceiver. We have to take into account performance factors related to other artifacts like the transmission lines, antennas, ATU, etc. Traditionally, most test parameters were analog in nature. However, modern equipment designs are increasingly leveraging performance with digital signal processing (DSP). Most of the base-band signal processing chain in transceivers now often use DSP. The software-defined radio (SDR) is another common design approach. All this has now considerably altered the way we approach RF testing and measurements. Of course, the core fundamental measurement parameters are still most important and vital, but now we have several additional radio equipment test parameters which strongly influence overall radio communication performance… Read More. 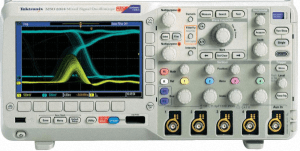 Transmission lines in a radio station setup is a set of vital cables and feeders which are expected to efficiently transport RF electrical power from the transmitter to the antenna while transmitting, whereas on the other hand they transport very feeble signal energy received by the antenna to the receiver front-end while in the receive mode. Under both circumstances, RF transmission lines need to perform efficiently. That is why proper impedance matching is required for optimum transmission to take place. This, in turn, is achieved by proper measurement of vital transmission line parameters and using them optimally to design transmission line networks. The RF transmission line feeder network may be made using coaxial cables, twin-leads, ladder-lines, open-wire lines, etc, or perhaps a combination thereof. From a radio amateur perspective, this is usually not a very complicated task, but if done recklessly it also has the potential of damaging equipment and causing catastrophic failures. Unfortunately, this is a subject which is often not well understood by many ham radio operators who often fall victim to transmission line myths perpetuated by several authors via books, articles, and Internet websites. Based on these myths, more often than not; ham operators often place too much emphasis on optimizing certain parameters beyond a reasonable degree of precision while ignoring others’ basic facts. On the other hand, many ham operators are clueless about various simple ways and means of using transmission line sections to build optimally matched feeder system to achieve maximum power transfer, minimize transmission losses and thereby obtain optimum system performance… Read More. 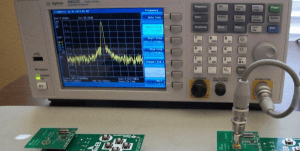 After the antenna, it is perhaps the radio communication receiver performance that is of utmost importance in any amateur radio station setup. There are various technical parameters which characterize receiver performance and its ability to deliver optimum results under adverse conditions. T&M plays a vital role not only in characterizing a radio receiver but also to troubleshoot, tween and tweak to ensure continued delivery of optimum performance. Without dwelling deep into specific test parameters which we will cover in subsequent sections, let me mention some of the most important ones at this point. Receiver sensitivity, selectivity, image rejection, local oscillator (LO) feed-through, spurious-free dynamic range (SFDR), 3rd order inter-modulation distortion (IP3), filter characteristics and skirt selectivity, AGC control characteristics, desensitization due to adjacent channel signal, LO stability, phase noise, jitter, etc are some of them. Of course, receiver noise figure (NF) is another vital parameter but it has relatively less relevance on HF bands compared to VHF/UHF and microwave where NF could become a limiting factor for the receiver… Read More. 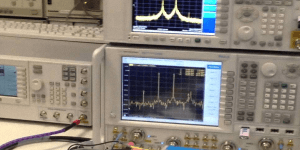 The purpose of a radio transmitter is obviously to modulate the baseband signal carrying source information like speech, text, picture, etc on a RF carrier and thereafter amplifying to levels suitable for transmission through the antenna. Is that all? No, a transmitter must be able to do this efficiently with minimal spectrum pollution and splatter. This is where design finesse, parametric alignment, and adjustment plays a vital role. T&M plays the primary role to achieve this objective. Many ham radio old-timers would remember hearing CQ 40m, CQ 20m, etc being called frequently on HF bands. Why did they specify the band while calling CQ? This is because their transmitters would produce significant harmonics. For instance, an operator TXing on 40m may produce a significant magnitude of 3rd harmonics to be heard on 15m band over long distances across continents and oceans. Let us say a 40dB harmonic suppression on a 100W transmitter on 40m would generate 1W on 15m band. The antenna cutout for 40m would perform rather well on 15 and hence we have this problem. Modern transmitters need to produce very low spurious outputs. The modulation distortion, degree of carrier suppression, etc have to be optimized in a transmitter setup. Therefore, RF testing and measurement of various vital parameters of a transmitter system is very important… Read More. 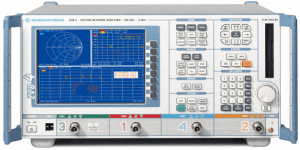 I have always maintained that the antenna is the most vital part of any radio communication setup. That is why I always treat my antennas with love and care. It is pointless having an ultra-modern and high-performance transceiver if the antenna is mediocre or below average. On the other hand, a fine-tuned and well-optimized antenna may do wonders even with a modest and low-cost transceiver. Antennas are characterized by several technical parameters that need to be adjusted and tuned to deliver intended performance. Measurements and measuring equipment play a vital role in optimizing an antenna. Impedance matching of the antenna feed-point to the transmission line is perhaps just one of the many aspects. An antenna is a port to connect the transceiver to the radio transmission medium. It is the launchpad to convert electrical RF energy to electromagnetic (EM) waves and vice-versa. Unless this is done efficiently, the entire purpose of running a radio communication setup is worthless. Many ham operators have realized this the hard way. Tailoring antenna radiation patterns, directivity, aperture gain, maximizing radiation resistance while minimizing the loss resistance, etc are a few of the many factors which must be understood and efforts must be made to optimize them… Read More.