Take a look at some of the fundamentals of the amateur radio system. Technologies related to radio systems for communication have developed rapidly over the last seventy-five years or more. World war II was the turning point. Even prior to that, amateur radio operators were at the forefront experimenting, working with new ideas, and developing new methods of modulation to increase transmission efficiency. With limited resources in terms of transmitter power and the hunger to reach further and further brought about the concept of SSB radio.

Initially, it was not taken seriously by the commercial world who continued to use the time tested AM. Eventually, the merits of SSB stood so tall that it could no more be ignored. Now almost entire HF radio communications whether military or commercial radio systems are all done with SSB. This was followed by big developments in VHF/UHF and microwave technologies. The advent of satellites opened up new avenues and satellite-based communication systems become a vital cog in the giant wheel of radio systems communication. 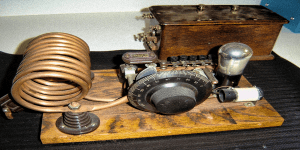 It all started with Maxwell in 1873 with his treatise on Electricity and Magnetism. This set forth the basic theory of Electromagnetic Wave Propagation. It followed by Heinrich Hertz demonstrating his spark coil radio-wave generator. By 1896, Marconi eventually took it further to demonstrate Morse code radio-telegraphy across a distance of a few kilometers. Later he went on to make his epic radio contact over 3000 Km between England and Canada. How it happened was still a mystery but the radio was born. Finally, Edward Appleton suggested the possibility of electrically charged ionized particles in the upper portion of the atmosphere acting as a refractive layer. He called it the Ionosphere. The circle was complete and global radio communication seemed a distinct possibility. Rest is history…. Read More. 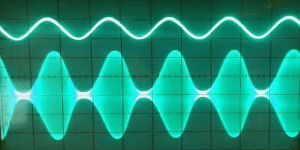 Radio (EM) waves have the unique ability to propagate across huge distances, but ironically they do not possess any information value. Radio wave serves as a carrier (transport vehicle) whereas the actual information (cargo) lies in the base-band signal that is made to ride (modulate) the carrier. Unlike the carrier, base-band signal on its own is not fit to radiate efficiently. Hence the modulation process is a way to piggyback the information content on the RF carrier to leverage its capabilities and transport the information along with the radio waves. There are basically there types of modulation, Amplitude modulation (AM), Frequency modulation (FM) and Phase modulation (PM). All other popular radio sysystems modulation methods, analog or digital are subsets of these three types… Read More. 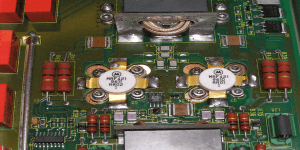 As the name suggests, a Transceiver is a Transmitter and a Receiver in a single housing. In a normal simplex radio systems scenario, either the transmitter or the receiver work at a time. but not both. Very simplistically put, in a typical transmitter an RF oscillator generates a carrier. This is buffered and amplified. In tandem, a microphone signal is processed and amplified too. Next, the carrier is modulated with the processed microphone signal. After further amplification to enhance power, it is transmitted through the antenna.  A receiver, on the other hand, gets a weak RF signal from the antenna. It is amplified and frequency translated if needed and demodulated. The output is a replica of the original base-band signal of the transmitter. This is further amplified  to drive headphones or speaker…. Read More. 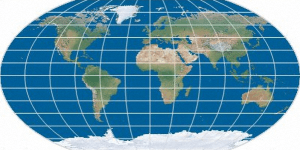 Two-way point-to-point HF radio systems communication over long distance terrestrial circuits demands a working knowledge of fundamental geodesics. The intuitive assessment of radio propagation path footprints and beam headings  based on common map projections are usually incorrect. This is because the Equi-rectangular or Mercator are cylindrical map projections. The Great-Circle path that is followed by propagating radio waves cannot be easily visualized on such maps. As the distance between points increases across similar latitudes, the beam headings and propagation paths deduced from cylindrical maps become exceedingly erroneous. We need the Great-Circle Azimuthal map projection. It displays straight-line beam heading to any location with a linear distance scale… Read More. 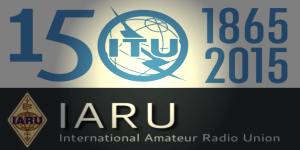 Amateur Radio Service is governed by international regulations set forth by agreements amongst nations under the auspices of International Telecommunication Union (ITU) which is an organ of the UNO. International Amateur Radio Union (IARU) is a body that represents interests of amateur radio operators and federations around the world. World Administrative Radio Conference (WARC) held at frequent intervals where government representatives of nations deliberate and decide on band plans, frequency allocations, permitted emissions, power levels and other matters related to radio administration. The call-sign prefix are allocated on a country basis. Call-sign suffix allotment to individual stations and other administrative issues are dealt by respective national governments… Read More. 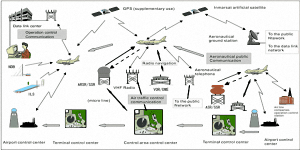 The architecture of a radio systems infrastructure can be perceived in several different ways depending on the context. For mobile phone service, it is the cellular network and associated paraphernalia. For a satellite broadcaster, it is the up-link setup, satellite transponder, terrestrial footprint, etc. However, for a point-to-point communication infrastructure used by a typical amateur radio station, the context is entirely different. The station equipment including the transceiver, transmission-line feeders, tower, rotator, antennas, and other test and calibration instruments in his shack are a part of his station architecture. This can be further enhanced by CAT control, TCP/IP remote operation, outboard DSP/SDR on computers, serial cables or Bluetooth SPP, etc… Read More. 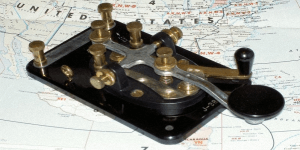 Proper operating procedures play a very important role in making ham radio an enjoyable experience for all. The rules and regulations laid down for amateur radio service at both international and national government levels are strictly mandatory and any violation can lead to penalties and revocation of ham station license. However, it is not enough to just follow these rules alone. A good ham radio operator values traditions and ethics that have developed over decades. There are several do’s and don’ts for on-band operation. For the new operator, it is very important to pick up best practices early. It is difficult to shed bad habits once they get ingrained. Spend some time listening on the bands and try to follow what good operators do and how they work. Read the guidelines given by authentic sources…. Read More.